A lot has happened since December. I am exhausted, truly. But things are getting better in every way.

My Husband and our new dog: In January, my husband Sidney was deployed to Afghanistan. He just got home. It was long 3.5 months.  The most beautiful part of his deployment was him finding Lapis. While deployed Sidney befriended a puppy. He found out that in his area of Afghanistan, the culture is not dog-friendly. If this "little" girl was not found a home, she would be either euthanized (most likely shot) or released to the wild (off-base) where she would likely not survive the harm from people or other animals.


By February 10, we had coordinated with and help to fundraise for Puppy Rescue Mission to have her shipped to a shelter in Kabul, quarantined, vaccinated, medically cleared, and transported home to us to join our family.  She just got here too.

Sidney named her Lapis after the blue gemstone found in the mountains of Afghanistan. Sid wanted her to have a name that represented her place of birth but he wanted it to be connected to something beautiful, not the base or the desert. She appears to be all or part "Afghan Kuchi (Shepherd)" which are dogs that follow nomad herders around protecting them from wolves and thieves. I took Lapis for a mile of jogging yesterday and it turns out she LOVES to run, at least right now. (Vet already said I can start running with her)

My Health: On 2/5, I changed surgeons. My old Colorectal surgeon gave me one option for surgery that had a low success rate and too high a risk of incontinence.

I found a doctor in NYC from Columbia. He provided me with a second opinion about my fistula.  So far this tunnel of infection of my lower GI tract threatened to leave me incontinent once a surgeon would attempt to close the hole. Because this hole was left open,  I was living on months of antibiotics with drains in place to prevent me from becoming septic again.  This new doc explained that he wanted to try a minimally invasive new procedure that used ACell, regenerative medicine, to stimulate my body to heal itself.  When the Acell matrix comes into contact with injured tissue, it triggers the cells to turn back on and regrow.  This has a good chance of repairing me completely or in part. If only partially successful, it should make my situation so much better so that if I did need another operation, that next operation would be simple not leave me incontinent.

I was able to find some promising research on this procedure.  It seemed hopeful and involved no cutting, minimal pain, and an uncomplicated and speedy recovery process. https://www.ncbi.nlm.nih.gov/pubmed/25975335

Enzo (my boy, my family): On 2/18 Enzo had what was most likely a spinal stroke and became completely paralyzed
in his back left leg.  While on a walk, not even .5 miles into the walk, he suffered some incident that caused him to lose functioning over 12 hours and eventually he could no longer walk.  I think knowing Enzo is an older dog, both Sid and I were both afraid something might happen to him while Sid is deployed and it did.

It was the most heart-breaking situation I have even been in with a pet, watching them suffer from sudden immobility.  I learned how to do PT for him, I took him to 5 vet appointments for help, including a neurologist.  For the first 9 days, life was miserable and recovery seemed hopeless. By day 11, Enzo was starting to get around better and used his leg more. All I wanted was for Enzo to be basically OK by the time Sid returned.  With a lot of work, Enzo was able to walk a little by the time Sid saw him again. This was good but not great. Enzo may never run again. He may never fully regain the use of his left back leg.  But, we are going to keep trying to rehab him to the best of our collective ability.

My Surgery: On 3/8, I had my ACell surgery. I haven’t run much since. I was told to try to move very little for the first 5 days just to give the matrix the best chance to trigger regeneration. I could not lift anything. I was not supposed to be on my feet much.  With a paralyzed dog at home who needs to be carried everywhere, I was terrified I would not be able to care for myself or for Enzo well at that same time. But Enzo rose to the occasion. The day of my surgery, Enzo started to use the dog ramp and dog door on his own. I did not have to lift him at all during my recovery. After 5 days, I was told to exercise lightly at first and to take things easy until I saw my surgeon again for my 4-week follow up.  Today was that day.

It has been so exhausting trying to take care of Enzo and myself post-surgery while attending to Piper and the birds' needs without any paid time off to use and without Sidney around to help me. But it all got done and everyone made it.  My training fell off my plate which was likely the best thing I could have done, since training could have messed up my healing process.

Sidney's Return and then Lapis's arrival:  On March 27, Sidney finally returned from Afghanistan. It was nice to have him back. We had two full days together before we had to drive to DC from NJ to pick up Lapis on 3/30.  We quarantined Lapis further from our other dogs, which meant Sid and I taking turns sleeping on an air mattress with her until the vet checked her.  She did come back positive for Giardia and all dogs got 7 days of meds twice per day.  I felt like a nurse for the last week. LOL.  They are finally all healthy but they all need time to become friends. 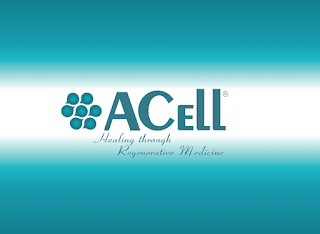 Today, 4/10, I was able to see my surgeon to find out if I needed another surgery.  I knew I wasn’t 100% healed but I was trying to not get my hopes up either.  I was afraid he would tell me that I needed a new surgery but instead, he told me that the ACell matrix seems to have worked. He reported that he can’t see any evidence that I have a fistula anymore, but I am not 100% healed at that time. I was told to go live my life and come back to see him either (1) only if I have any pain suggesting infection, or (2) if I want peace of mind, I could see him again in 4 weeks.  I opted to return in 4 weeks.

So now I am ready to start over. There is still a lot of work to do but we are on the upswing.

I have to keep working with Enzo to see if I can get him walking better on his bad leg. I worry about him.

And now I have to wait 4 more weeks to find out if this nightmare is over while praying I do not become septic again. I can start lifting again and I can start running again. For now, I feel like I have experienced a small miracle with this ACell regenerative treatment.

I feel both happy and terrified at the same time.  I get to move on with my life while hoping nothing bad happens along the way.  The more time that passes, the less fear I will have about this. So for now, I get to start training to rebuild my fitness again. <3