Today was the first day I raced for my new Running Club, Clifton Road Runners.  It was a hard decision for me to change teams.  I was running for the Do Runners in the past, a team captained by Mark W, the president of the United States Streak Running Association and a person who inspired me to do more than I thought I could.  I liked running for Mark's team, but the reality is their training location was well over an hour from me and I had made it to a group run all of 0 times in the last two years.  At least Clifton trains at locations I actually train at when I go north for training, giving me a chance to socialize and possibly become friends with the runners I race alongside. I have always enjoyed being a part of a team and I was hoping to run well at our first race.

This winter has been very hard on me.  Physically I have been beaten down a bit. I have been posting about how I have just not felt great lately and accordingly I had cut back my training to try to feel more rested. I hate to cut back, but it has helped and I feel like things are starting to turn around now.  However, the lower mileage and the chronic inflammation I experience when my immune system checks out (and the extra junk food I tend to eat when I run less) caused me to show up at the starting line a few pounds heavier than last year.

Last year I had a phenomenal race (at 6:53 pace) and surprised myself.  But I was also running 100 mile weeks in February and just ran a PR 50k the week before.  This year I have been running much less, had a not so great 50k race a few weeks ago, and just snuck in under 8 minute pace at a marathon last week.  I was happy to have been able to log those long races, but I was not confident this race was going to go well.

The weather was about the same as last year ("feels like" low 30's), despite the race being two weeks later this year.  I believe the wind was bit milder at the start, but it picked up as the morning progressed.  I started off with a t-shirt over a long sleeve tech shirt, capri pants, gloves, and my bloody racing flats from last week.  I had a hat and neck warmer on but just before the race I stood with John P (who ran an awesome race!) and told him "I know better than this!  I know I am dressed appropriately for cold weather races after eliminating enough layers to allow me to reach the point where I start to feel miserably uncomfortable standing around… then I am ready."  The hat and neck warmer brought me some comfort…. so I took them off and threw them in my bag.

Off to the start, I was very worried about my toes. Last weekend I had a toe nail incident that left me one short with a shoe full of blood.  I wore those same shoes and felt like a different toe was now feeling uncomfortably snug.  I realized later that it was simply just very cold and numb.  Once I started running I was fine.

Not sure how fast I could run today, I decided to start out similar to last year's pace (sub-7) and see how long I could hold it.  In January I ran a 1:30 half (6:55 pace) but I was lighter then.  Fat isn't fast.  Please do not be mistaken. I know I am not "Fat"by any means but I am carrying more Body Fat that I was in January when I was faster and that is a fact. I believe I was closer to 117 and now I an about 121. Add 2 seconds per mile per pound over ideal racing weight, or so the rule says, I was pretty sure I wasn't running a sub-7 pace today. I had to adjust my expectation downward until I get back to my ideal racing weight (which for me and for most runners actually falls right in the center of what is considered to be the healthy BMI range, not at the bottom of the range).  In consideration of what I know, I would be very happy if I ran between 7:00-7:15 today (really hoping to be low 7's).

Gun Goes Off.  I don't want to get to ahead of myself.  Rich T. (also a Clifton Runner and a persons I accidentally ended up running 9 additional miles with when I first met him at at training, increasing my moderate run of 12 to a lovely long run 21) and I start off  together, checking in with pacing for the quarter mile or so. We settle in to just sub-7 and it feels ok to me. He lets me pull ahead over the next few miles. M1 6:54

The course is a multi-lap course that started with an incline, that we would do three times, so I knew this was the best I would feel when headed in this direction today.  There is nothing hard about this course except, possibly, the mental challenge of running multiple loops.  Between 1 and 1.5 was the steepest of the inclines but most of the next 2 miles were declined.  I was not feeling comfortable at this point in the race and confident that I would not be holding sub-7 for the entire duration.  M2 6:57. 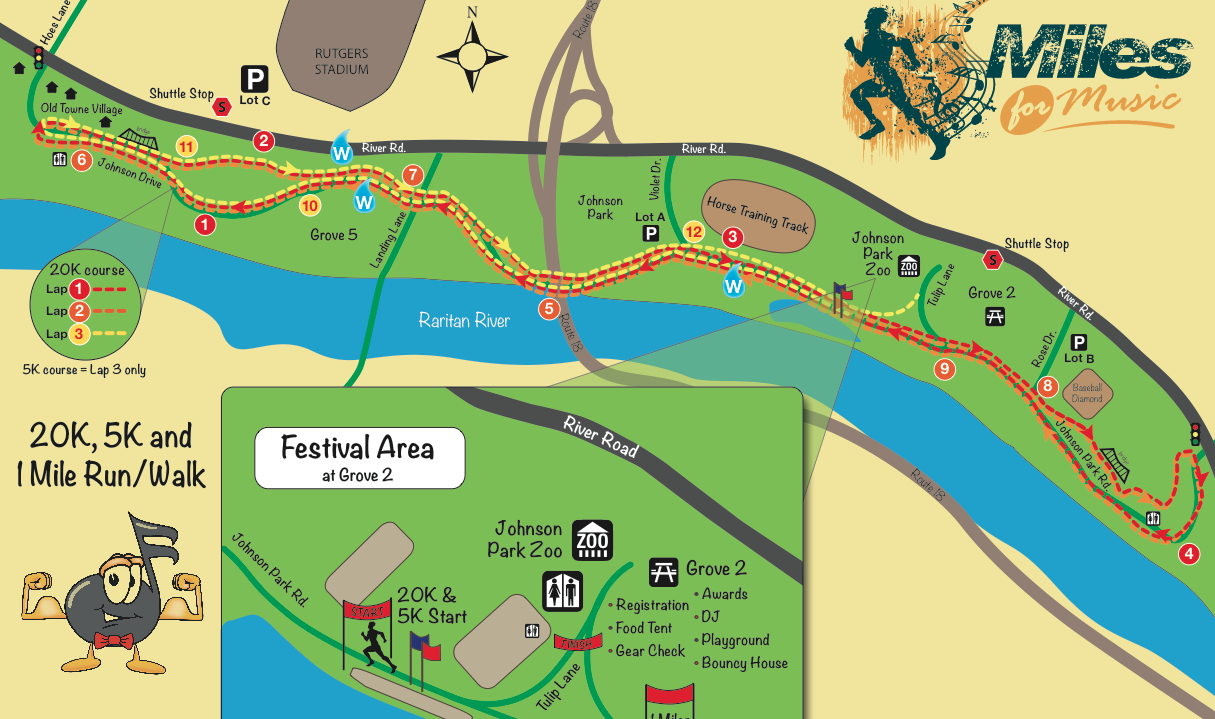 I tried to tuck in with groups but didn't find anyone moving at a speed I was comfortable at.  I felt like I ran most of the race alone.  Mile 5 was into a slight wind.  It was not bad, but it was enough to make me notice.  M5 6:59

Soon, I was feeling my effort and becoming a bit concerned as we headed back up the slight incline. I was not thrilled with the idea that I had to do this entire loop 1.5 more times.  I needed to slow down or I was going to fall apart.  So that is what I did.  M6 7:08 & M7 7:08.

Here I decide that if I want a shot at not completely coming unraveled, I should take that gel in my pocket. The course also had a nice decline with a little bit if a mild wind assist, so there is no reason to not use it. Funny what a little sugar and favorable terrain can do. M8 6:57

Rich T, who had allowed me to pull ahead earlier starts to reel me in and at just about 9 miles passes me.  Based upon how I was feeling it was too soon for me to start pushing to stay with him.  I haven't done the type of training that allows me to have a strong finish so I needed, instead, to try to hold steady until the peak of the incline at 10.5 and hope to find a kick on the way down hill to the finish.  M9 7:05 & M10 7:08.

Ok, I tried… but I just had nothing left past 10 and started to fade hard like I feared.  I am sure part of this had to do with there being no women close enough behind me to try to hold off and none close enough ahead for me to try to catch. I simply became complacent. M11 7:09 & M12 7:08.

Now that I am starting the upswing of feeling better physically and discovered I haven't completely lost my speed, I am now ready to refocus, build my volume back up to as high as I can handle, and add in some faster paced mid-week running to help me burn off the few pounds that I need to lose in order to be in better racing shape.  I have no plans to rush weigh loss, since forced dieting and high volume training really does not work for me.  Instead I plan to just run more, eat better, and let my body take care of the rest.